Here you can always read the most important information about the Corona situation in Hameln.

The history of the Hotel zur Börse in Hameln

How it all began

On November 5th, 1887, Carl Friedrich William Holländer opened the “Deutsche Fruchtweinschenke, verbunden mit Speisewirtschaft” (German fruit wine tavern and food restaurant) on the site of today’s “Hotel zur Börse”. Mr. Holländer was no dark horse, in fact, he was a well-known personality in Hameln and was loved and appreciated as an innkeeper. On February 11th, 1888, William Holländer announced the opening of his inn “Zur Börse”. The inn was named after the grain exchange that once existed here. The inn was located on Osterstraße, until it fell victim to a fire in 1894. It was then rebuilt in the rear part of the property and remained there until today. In 1910, the inn was leased out. In 1916 William Holländer passed away.

The second generation takes over the “Börse” 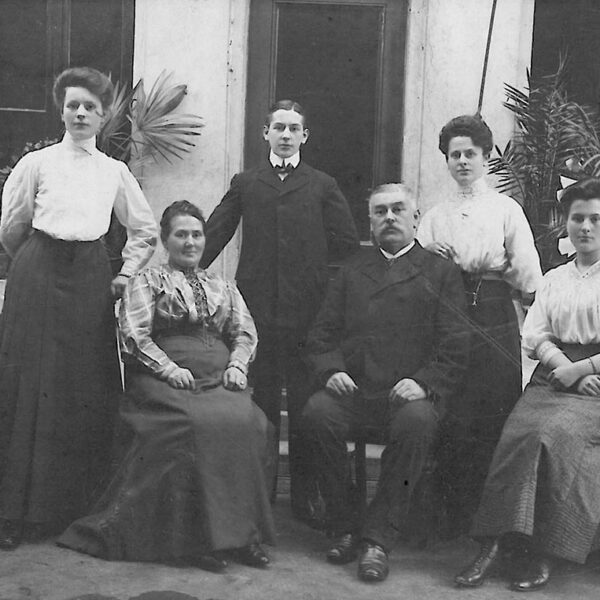 Willam Holländer had a son who, after returning from World War I, took over his late father’s business. He had completed his training as a cook at the “Offizierskasino” at the riding school in Hannover. Together with his wife, he opened the now run-down “Börse” on October 1st, 1919 and turned it into one of Hameln’s most popular inns.

In 1927, the rear part of the building was rebuilt. It housed the cozy guest room, which existed in this form until the end of the Second World War, the kitchen (it survived the destruction in 1945!), a hall on the second floor and a number of guest rooms, which were quite modern at the time. A room at that time cost between 2 and 3 Mark!

The war raged in Germany, but at first the “Börse” was spared and was in full use. In the meantime, it even became a place of refuge for many evacuees from Hannover or Hamburg. Finally, however, it was not spared either; on April 6th, 1945, the “Börse” caught fire and burned out completely, except for the kitchen and the basement rooms. The surviving large air-raid shelter was then first used as living space for the family and shortly afterwards, in January 1946, the Holländer family opened the legendary “Börsenkeller”. Like all families in Germany, the Holländers had no choice but to roll up their sleeves and carry on. They began to rebuild, and with a lot of hard work, they managed to open the restaurant in June 1949, and then opened the hotel two months later. In the guest book they found the entry “Distress and fire pass, but the ‘Börse’ lasts!”

The hotel and inn were very popular and well attended. Success inspired the Holländer family and an addition was built in 1961. It housed an extension of the guest rooms, the “Börsenstübchen”, a large hall and an additional 24 hotel rooms. In 1968, the Holländer family leased out the restaurant business. Son Ernst-Wilhelm Holländer now took over the hotel business in the third generation. Considerable problems arose due to the redevelopment of the old town, which was decided by the city of Hameln. An access road was to run through the rear property in order to relieve the Osterstraße, which was intended to be a pedestrian zone. This would run through the middle of the building. But a solution was found: In the fall of 1978, a neighboring property was acquired, on which a new building was finally erected to replace the part of the building that was to be demolished.

On February 15th, 1980, the festive inauguration of the new “Börse” took place. The new tenants Hermann and Ursula Ulrichs took over the business in 1985.

In 1999, the hotelier family Güse acquired the property and the business. They undertook a complete renovation of the “Börse” and continued to lead the “Börse” on the road to success. With this renovation, the restaurant and hotel were reunited.  In 2007, the family also acquired the property at the Osterstraße “back”, so that now the stock exchange also found back to its original location. Here, after complete renovation, the “Grand Café täglich” was opened.

Further conversions and extensions followed in 2008 and 2015, when new rooms were created and old rooms renovated.

Since January 2016, “The Börse” is managed by the second Güse generation

Since January 2016, “The Börse” is managed by the second Güse generation: Daughter Katja and husband Lars have been the hotel’s dedicated hosts here ever since. Now it is in their hands to continue the tradition of this historic house.

Extensive renovations and refurbishments will be carried out between 2017 and 2021. Rooms and public areas will be modernized and in 2021 a new extension with fancy rooms and apartments will open.

Now and then, Goethe’s words apply, which for many years could be read at the exit of the “Börse”:

“Enter joyfully and leave joyfully.
If you walk the path as a wanderer,
God will bless the paths!”

New summer terrace since May 2022

Before booking – do you have any questions concerning Corona?

What do I need to know before I book a room? Do I get breakfast in the hotel, or is…
read more

Corona Virus – Everything you need to know when travelling to Hameln

After a long struggle, the neighboring property has been be transferred into family ownership. And now? The Hotel zur Börse…
read more

PROMOTION OF FURTHER EDUCATION BY MEANS OF THE EUROPEAN SOCIAL FUND

Even in times of Corona, the growth of our employees is close to our hearts
read more